Plant a tree in memory of Shirley
An environmentally-friendly option 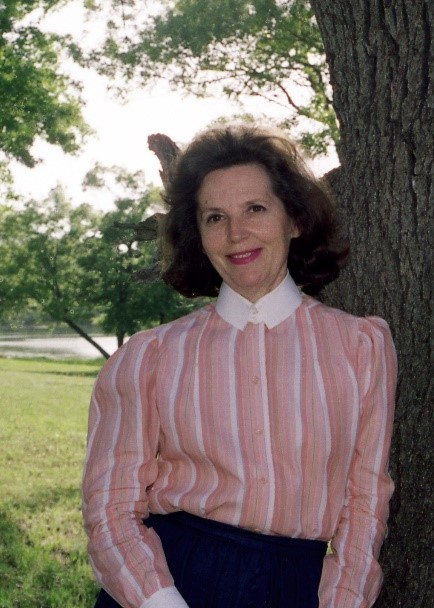 Shirley Ann Nachtigall Hullum of Stephenville, Texas went home to be with her Lord on March 25, 2021.

Shirley was born on July 1, 1938 in Erath County to Maxine (Metzger) and Robert Nachtigall.  She is survived by her husband, Gordon Everette Hullum, daughters Deborah Fulcher and husband Joseph, Pam Hecox and husband Wesley, grandchildren Joseph Fulcher and wife Rebecca, Anna Westbrook and husband Aubrey, Kate Norris and husband Jarod, as well as 12 great grandchildren, numerous nieces, nephews, and cousins.  She was preceded in death by her parents, Robert and Maxine, her sister Peggy Johnston, and her grandson Robert Gordon Fulcher.

Shirley was born and raised in the Erath county area. She attended Stephenville High School where she met her future husband Gordon, who was attending Tarleton State University.  The two married on August 5, 1956 and relocated to Bryan, College Station while he completed his degree at Texas A&M University.  They traveled across the country while Gordon was serving in the Army, were blessed with two daughters, and eventually settled in Houston, Texas.  It was at this time that Shirley took her first art lesson, which soon became a lifelong passion and career.  The family later moved to Gordon’s home town, Teague, TX.  During her time there, Shirley was an active member of the Freestone County Art League.  She owned and operated an arts and crafts shop downtown named “The Country Store”, where she taught others how to paint and craft.  Her store was always full of people, both young and old, painting, crafting, laughing, and creating lasting memories and friendships.  Shirley was also a photographer, seamstress, avid gardener and an excellent cook.  As a couple, Shirley and Gordon shared a love for antiques and bringing old houses back to life.  Over the years, they purchased several old homes in Teague and completely restored them.  One of these was the historic three-story Hubbard House located just a block off Main Street.

Shirley and Gordon eventually returned to Stephenville where her art career flourished.  She traveled with Gordon extensively attending art shows, and Gordon’s and Pam’s many cowboy action shooting competitions.  In the shooting world, Shirley was known for the beautiful, old west outfits she sewed for herself, and for Gordon.  They loved going to the shoots and fellowshipping with all of their cowboy action buddies.

Shirley was a vibrant, fun-loving person who was devoted to family and friends. Her greatest joy came from time spent with her children, grandchildren and great-grandchildren, which of course included cooking, crafting, and making wonderful memories.  And being the wonderful photographer she was, we will forever cherish the pictures!

While Shirley will be greatly missed by her many friends and family members, we will all be the better just for knowing her. She will always hold a very special place in our hearts.

We will celebrate her life with a memorial service a little later in the Spring or early Summer, a time of year she dearly loved.  Until then, in lieu of sending flowers or gifts, please honor Shirley by giving a flower or special moment to someone you hold dear, creating a beautiful memory that will last forever.

Plant a tree in memory of Shirley by clicking here.
To send flowers to Shirley's family, please visit our floral store.

A service summary is not available

Plant a tree in memory of Shirley
An environmentally-friendly option

Plant a tree in memory of Shirley

1 tree planted in memory of Shirley

A Memorial Tree was planted for Shirley Hullum

Plant a tree in memory of Shirley