Share a memory
Obituary & Services
Tribute Wall
Read more about the life story of Justin and share your memory.

Justin Lee Monk, 41, of Stephenville went into his resting place on Sunday, January 15, 2023, after a long hard fought battle with cancer.

Funeral services for Justin will be at 1:00 PM Saturday, January 21st at Cowboy Church of Erath County with Jackie Monk and David Segit officiating.  Interment to follow at West End Cemetery with Alan Monk, officiating; along with Marine Corps Military Honors.  Visitation with the Monk family will be Friday, January 20th, 5:30 PM to 7:30 PM at Cowboy Church of Erath County.  Stephenville Funeral Home is conducting the services for Justin.

Justin was born on November 23, 1981 in Dublin to Jackie Lee and Carla Michelle Cox Monk.  He married Monica on September 28, 2007 in Stephenville.  Justin attended school in Stephenville, graduating in the Class of 2001. In 1993 he competed in Golden Glove boxing which he excelled in. As a high school athlete, Justin was a 3 year letterman as a starting linebacker on Stephenville’s back-to-back state football championships in 1998-1999, a 2 year letterman in track and field as a member of the mile-relay team where he helped set an SHS record, and was Stephenville’s first-ever state champion powerlifter, leading the Yellow Jackets to a boys team powerlifting state title.

Justin joined the U. S. Marine Corps in 2003 serving a tour of duty in Afghanistan, and received his honorable discharge in 2007 at the rank of Sergeant.  When Justin returned home, he went to Tarleton State University where he received his Bachelors in Kinesiology and nursing. Since graduating, Justin worked as an ER nurse for the Hamilton Healthcare System and an ICU Nurse at Granbury Hospital.

Justin was a member of the Church of Christ which he loved dearly. Sunday was his favorite day of the week. He helped to wait on the table during church services, as well as lead prayer.  He never missed a day of church. Even while hospitalized he took part in communion while listening to his church service via phone.

Justin’s hobbies included hog and varmint hunting, as well as, picking on his brother and Christy. There was never a dull moment when Justin was around.

Justin was a lifelong resident of Stephenville which he loved. He was Blue and Gold through and through.

Justin is survived by his wife, Monica; children, Jansen, Caden, Kinsley, and Addley; parents Jackie and Carla Monk, brother, Garrett and his wife Christina Monk, and their daughter, Olivia; Grandparents, Jack and Jean Monk of Dorchester, and Jim Cox of Carlton and mother-in law Connie Pack; as well as numerous aunts, uncles, and cousins.

In lieu of flowers, the Monk family wish expressions of sympathy be made in the form of donations to American Valor Foundation, www.chriskylememorialbenefit.com.

The Monk Strong Foundation for Veterans.

To send flowers to the family or plant a tree in memory of Justin Lee Monk, please visit our floral store. 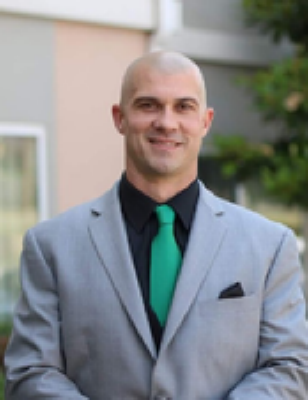