Share a memory
Obituary & Services
Tribute Wall
Read more about the life story of Barbara and share your memory.

Services for Barbara are 11:00 AM, Saturday, December 3, 2022 at Stephenville Funeral Home, with burial to follow at Erath Gardens of Memory.  Visitation with the Moser family will be 10:00 AM to 11:00 AM (one hour prior to services) on Saturday morning.

Barbara was born on October 27, 1941 in Gorman, Texas to the late Betty VanZandt. She was adopted by her father, the late Joe Huffman in 1943.

Barbara had a sweet, but feisty spirit, which was evident throughout her life. She survived polio in the 1940s and was the first in the family to graduate from college. She attended Tarleton State College and graduated from The University of Texas in 1971. Barbara spent her career working for various departments of the United States Government.

Barbara was also known as the family historian, following in the footsteps of her aunt Mickey on her mother’s side. One of her accomplishments in this role was to help document the VanZandt family history to show their participation in the American Revolution. A result of this research was her membership as a member of the Daughters of the American Revolution. Barbara was quite proud to be a member of the DAR.

Throughout her life, Barbara was an avid bridge player, enjoyed her bible studies at First United Methodist Church of Stephenville, and could often be found at the American Legion in Stephenville. Barbara thrived on social activity.

During high school, Barbara went to the senior prom with John Moser. After high school, he enjoyed a career in the United States Military and received a degree from Tarleton State University. After John’s retirement from the military, he had moved back to Stephenville. A stop into the Mrs. Baird’s thrift store in Stephenville by both Barbara and John rekindled their old romance and they were married from 1996 until John’s death in 2020.

Barbara was a fierce protector and a loving daughter, sister and aunt. She was always generous with her time and treasure. Family was her highest priority. She leaves behind her brother, David (Debbie) Huffman and her sister Dianne (Bruce) Griffin. She is also survived by her nieces Mindi Turner, Stacy Vanore and Sarah Griffin, her nephews Corey Huffman, Brad Griffin and Chad Huffman. She leaves behind many other family members whom she loved very much. She is preceded in death by her husband, John Moser, her father, Joe Huffman, her mother, Betty VanZandt Huffman and her brother Don Huffman.

To send flowers to the family or plant a tree in memory of Barbara Sue (Huffman) Moser, please visit our floral store. 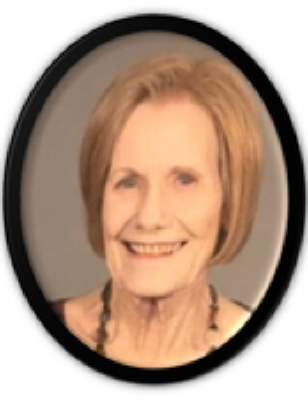