Share a memory
Obituary & Services
Tribute Wall
Read more about the life story of Angelia and share your memory.

Angelia Gay Joiner left Stephenville, Texas on January 7th after a lengthy battle with an opponent that didn’t fight fair.

Graveside services will be Tuesday, January 12th at 2pm at the West End Cemetery in Stephenville, Texas.  Visitation will be Monday, January 11th 6pm- 8pm at the Stephenville Funeral Home. Masks and social distancing required.

Angelia was born on March 21, 1961 to Max and Mattie Chambers.  Angelia attended Stephenville public school and graduated in 1979.  Among her many early accomplishments, Angelia was a Stingerette captain, local beauty contest winner including Miss Merry Christmas, a semi-finalist contestant for the Dallas Cowboys Cheerleader, and gifted singer.  Angelia was the catering director for Pecan Plantation in Granbury which led to her catering career for the Sheraton Music City in Nashville, Tennessee.  She returned to Texas where she eventually married and gave birth to her beautiful daughter, Rheagan Lynch Zipp.  She returned to the Stephenville area and graduated Magna Cum Laude from Tarleton State University in 1998 with a teaching degree and taught in Dublin ISD.

Angelia was a reporter for the Stephenville Empire Tribune who broke the news of multiple UFO sightings over Stephenville, Texas, in January 2008.  She was recognized internationally for her straightforward, factual reporting on this topic, which brought accolades from around the world, two appearances on Larry King Live, at conferences, and many live radio interviews. She was named UFO Digest’s “2009 UFO Reporter of the Year” for her outstanding work in bringing the Stephenville UFO events to national and international attention.  She appeared in James Fox’s “I Know What I Saw” and Discovery Channel’s “Investigation X.” Angelia worked closely with ABC producers on “UFOs: Seeing is Believing,” which aired in September 2008, and resulted in a special thank you credit. The Mutual UFO Network Texas branch recognized her in 2008 as the organization’s “lead investigative reporter.” She consulted with Robert Powell, MUFON national research director, and Glen Schulze, radar analyst, on the Stephenville Radar Report, which confirmed an unknown object in the sky on that now infamous night. In 2007, Angelia earned two second place awards from the West Texas Press Association for feature writing and special coverage. In 2008, she won first place in feature writing from the same organization.  Most recently, Angelia was an infant and toddler teacher at the Head Start Center in Stephenville.  Angelia was a lover of animals and an advocate for their proper treatment.

She will be greatly missed by her own fur babies: June Bug, Buddy Boy, Sassy, and Jingles.

Angelia was preceded in death by her parents, Max and Mattie Chambers.  She joined her husband, Randall Joiner, who passed away on Wednesday, January 6, 2021.

Left to cherish her memories include her daughter and son-in-law; Rheagan and Cody Zipp; her grandson, Harvey James Zipp; step-son and wife, Barrett and Courtni Joiner; granddaughter, Julliette Joiner; brother and wife, Brent and Lisa Chambers; niece and her husband, Mayci and Cody Johnston; niece and her husband, Hillari and Karlton Keesee; and nephew and his wife, Brittany and Lane Chambers; and a multitude of great nieces and nephews, family, and friends who will miss her greatly.

In lieu of flowers, donations in Angelia’s memory can be made to Erath County Humane Society.

Online condolences may be made at www.stephenvillefh.com.

To send flowers to the family or plant a tree in memory of Angelia Gay (Chambers) Joiner, please visit our floral store. 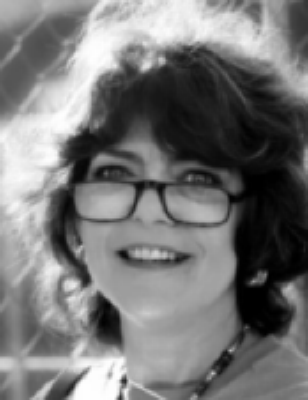