To share your memory on the wall of William Tidwell, sign in using one of the following options:

Funeral services will be held at 11:00 am Saturday, August 31, 2019 at the Stephenville Funeral Home Chapel. Interment will follow at the West End Cemetery in Stephenville. The family will receive friends beginning at 10:00 am before the service.

William was born on December 9, 1953 in Albuquerque, NM to Harold Pynes Tidwell and Ada Blackwell Tidwell. He worked for many years as a ranch foreman on a pecan farm. William served in the U.S. Air Force. He was a Baptist.

He was preceded in death by his father, Harold Tidwell; and brothers, James and Richard Tidwell.
Read Less

To send flowers to the family or plant a tree in memory of William Harold Tidwell, please visit our Heartfelt Sympathies Store.

We encourage you to share your most beloved memories of William here, so that the family and other loved ones can always see it. You can upload cherished photographs, or share your favorite stories, and can even comment on those shared by others.

Johnny and Joy Duncan, Kevin and Mary Vogel, and others have sent flowers to the family of William Harold Tidwell.
Show you care by sending flowers

Posted Aug 30, 2019 at 09:13pm
In the late '90's, I was pulling a water well in a pecan orchard he was managing. I saw him go over to a tree and pull a pecan off a tree and cut it open. He put the pecan up to his mouth and tilted his head back. I watched him do this several times. I asked him what he was doing and he said " I am drinking the nectar of the gods". Then he gave his usual laugh. He showed me that the pecan was in "the water stage" he called it. It was early in the summer. I tried it and it tasted like water. Nothing special about the taste. But there wasn't much water in a pecan at that time. He was just doing his job and checking on the progress of the pecans. the comment "nectar of the gods" still makes me laugh. Most of the stories I remember about William has him laughing.
Comment Share
Share via:

Posted Aug 30, 2019 at 06:39pm
I met William when he helped me find and trap my dog that was lost for almost six months. He has a special place in my heart. He genuinely cared about all animals and several lost animals made their way to his house. It was predicted that my dog would also find his way to William’s house. They were right.

Flowers were purchased for the family of William Tidwell. Send Flowers

Posted Aug 29, 2019 at 05:38pm
Please accept our most heartfelt sympathies for your loss... Our thoughts and prayers are with you during this difficult time.

Kevin and Mary Vogel purchased the Tender Tribute for the family of William Tidwell. Send Flowers 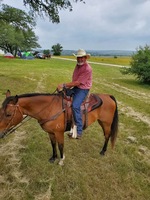 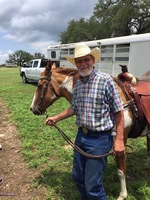 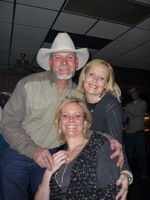