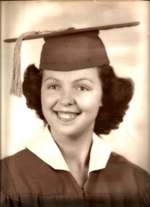 Viva was born on March 13, 1934 in Erath County the late Frank Henry and Tennie Mae Pack Wesson. She was a Baptist, and lived most of her life in Erath County. Viva was a bookkeeper and tax preparer. She was preceded in death by husbands, Clinton Gene Jackson, Carl East, and James Ray West.

Besides her parents and husbands, Viva was also preceded in death by a son, Gerald Alan West, grandson, Mac Welch; and a sister, Janice Hilliard.