To share your memory on the wall of Sylvia Jackson, sign in using one of the following options:

Sylvia Joyce Logan Jackson, 79, of Stephenville, passed from this life to her heavenly reward on Saturday, October 3, 2020 surrounded by her family here in Stephenville.

Funeral services will be at 1:30 PM, Wednesday, October 7th at Victory Baptist Church will Pastor Russell White officiating. Burial will follow at Chalk Mountain Cemetery in Chalk Mountain. Visitation with the Jackson family will begin at 1:00 PM (30 minutes prior to services) at her church.

Sylvia Joyce Logan Jackson was born on November 5, 1940, in Stephenville, to the late G W and Maxie Deaton Logan. She married Paul Wayne Jackson, Sr. on August 23, 1957 in Stephenville. Paul preceded her in death on January 27, 2019. Sylvia was active in her church, Victory Baptist, as one of the church pianist who played for services. She lived most of her life in Stephenville, and was in custodial services working many years in the Stephenville ISD.

To send flowers to the family or plant a tree in memory of Sylvia Joyce Jackson (Logan), please visit our Heartfelt Sympathies Store.

Receive notifications about information and event scheduling for Sylvia

We encourage you to share your most beloved memories of Sylvia here, so that the family and other loved ones can always see it. You can upload cherished photographs, or share your favorite stories, and can even comment on those shared by others.

The Logans in Tulsa and - Derivatives Operators sent flowers to the family of Sylvia Joyce Jackson (Logan).
Show you care by sending flowers

The Logans in Tulsa

Posted Oct 05, 2020 at 01:49pm
Sending love and prayers to the Logan and Jackson families. May God be your Haven in this time of sorrow.

The Logans in Tulsa purchased flowers for the family of Sylvia Jackson. Send Flowers

Posted Oct 05, 2020 at 11:48am
Please accept our most heartfelt sympathies for your loss... Our thoughts are with you and your family during this difficult time. 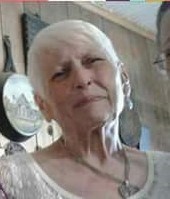 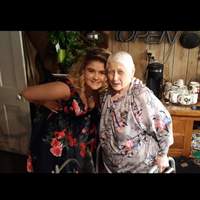