To share your memory on the wall of Ruby Knaack, sign in using one of the following options:

Ruby was born July 29, 1941 in Lampassas, Texas to the late Willie Elton and Nealey Alma Bailey Faught. She married Martin Knaack on September 7, 1992 and he preceded her in death on October 8, 2003. Ruby worked as a teachers’ aid in Stephenville for many years until her retirement. She was a member of the Morgan Mill Church of Christ.

Ruby is preceded in death by her parents; and husband, Martin.
Read Less

To send flowers to the family or plant a tree in memory of Ruby Carol Knaack (Faught), please visit our Heartfelt Sympathies Store.

Receive notifications about information and event scheduling for Ruby

We encourage you to share your most beloved memories of Ruby here, so that the family and other loved ones can always see it. You can upload cherished photographs, or share your favorite stories, and can even comment on those shared by others.

Posted Sep 27, 2019 at 05:39pm
She taught me so much over 30 years ago when I met her. She taught me about a mother's love from her to me and me to my kids and a grandma's love as well. She was a beautiful meemaw to my four kiddos and she was a great meemaw to my seven grandchildren. She's always been the mother figure in my life. My four children feel very blessed to have had her in their life. She will be forever in our hearts.
Comment Share
Share via: 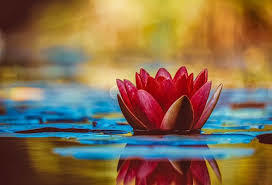