To share your memory on the wall of Ronald McEntire, sign in using one of the following options:

Provide comfort for the family of Ronald McEntire with a meaningful gesture of sympathy.

Funeral Services will be held at 1:00 pm Saturday, July 20, 2019 at the Stephenville Funeral Home Chapel. Interment will follow at the Clairette Cemetery in Erath County. The family will receive friends from 11:00 am until service time on Saturday.

Ronnie was born on April 8, 1944 in Stephenville to the late Lonnie and Charlotte McEntire. He served in the U.S. Navy as a radio operator. Ronnie married Brenda Burks on April 7. 1990 in Fort Worth. He worked for Lennox as a welder for over 25 years and retired from Azle ISD after working 16 years. He has resided in Weatherford since 1977.

Survivors include his wife, Brenda McEntire of Weatherford; son, Johnnie McEntire of Arlington; sisters and brothers-in-law, Jean and Glen Foy, Danny and Lynn Burks, Jimmy and Marie Burks, Randy Burks all of Ft. Worth, Becky and Robert Johnson of Arkansas, and Kay and Zachary Sayer of Arlington; as well as many nieces, nephews and cousins.
Read Less

We encourage you to share your most beloved memories of Ronald here, so that the family and other loved ones can always see it. You can upload cherished photographs, or share your favorite stories, and can even comment on those shared by others.

Janice Kay, Cindy and John Scullin, and others have sent flowers to the family of Ronald 'Ronnie' McEntire.
Show you care by sending flowers

Posted Jul 19, 2019 at 10:23am
Brenda~May God give you comfort at this time. You are in our thoughts and prayers. Thankful for the life of Mr. Ron.

Flowers were purchased for the family of Ronald McEntire. Send Flowers 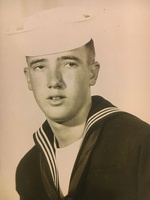 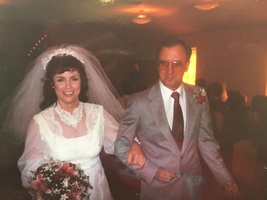 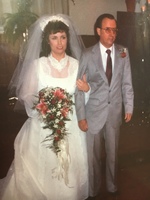