To share your memory on the wall of Myrtle Juanell Kibodeaux, sign in using one of the following options:

Myrtle Juanell Buris Kibodeaux found her peace at last after a long battle with various health issues. She passed away quietly at Mulberry Manor in Stephenville Texas on June 20, 2019.

Funeral services will be held at 10:00AM, Wednesday, June 26, 2019 in the Chapel at Stephenville Funeral Home with burial at Pleasant Valley Cemetery near May Texas, to follow. The family will host a visitation prior to the service at 9:00AM.

Myrtle (Juanell) was born June 30, 1930 in Norton Texas to David and Ida Jones (Houston), the last of six children. The family farmed in the Holder Texas area.

Juanell married Luther Buris in 1951 and raised two children. Many years later in 1987, Lawrence Kibodeaux won her heart and they were happily married until his death in 1995.
Juanell will be remembered for her laughter, love of family and service to the Lord. She loved her gardens, especially her roses. She loved to sing and regularly visited nursing homes with a group to sing hymns. She had a soft spot for animals and it seemed she was always doing something for someone else. Her smile and generous spirit will be greatly missed.

In lieu of Flowers, Juanell would want any acknowledgements to be made to a Law Enforcement or Animal Rescue Society of your choice.
Read Less

To send flowers to the family or plant a tree in memory of Myrtle Juanell Kibodeaux (Buris), please visit our Heartfelt Sympathies Store.

We encourage you to share your most beloved memories of Myrtle Juanell here, so that the family and other loved ones can always see it. You can upload cherished photographs, or share your favorite stories, and can even comment on those shared by others. 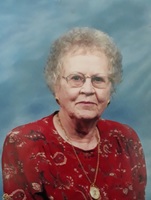