To share your memory on the wall of Mary Virginia “Ginger” Garrett, sign in using one of the following options:

Mary Virginia "Ginger" Garrett, passed away at home with family on May 7, 2020. Born in Bluff Dale, Texas on June 13, 1917 to Lester and Pearl Knowles Davis, she was the eldest of five children (Albert, Darwin, Frances and Florence).

At the age of sixteen, she and a cousin rode horseback to meet the Garrett family who were new to the area. There she met her husband to be, Lee Garrett. They were married May 12, 1939, in Stephenville, Texas.

She was “Rosie the Riveter,” as Lee and Ginger both worked at a defense plant in California during WWII. Soon after returning to Texas, they bought a farm near her childhood home in Bluff Dale where they raised four children, Bob, Chuck, Arlie, and Dian.

Ginger had a “green thumb” and grew beautiful flowers, fruits and vegetables. Always looking forward to the next family gathering, she was an exceptional cook, and delighted her family with homemade yeast rolls, ice cream and coconut cream pie.

Ginger will be remembered as a hardworking, selfless wife and mother who loved caring for her family and rarely complained, even when times were tough. She was wise and supportive, with quiet strength and resiliency. Her sharp memory and sense of humor were respected and admired by all who knew her. Humble in nature, she never thought of herself as special, but to everyone who knew her, she most certainly was.

She had a can-do spirit, always looking to the future. As a widow, she insisted on living independently. She enjoyed word puzzles, watching news and sports, and rarely missed a Friday night radio broadcast of her beloved Stephenville High School Yellowjackets.

Special thanks to Ginger’s longtime neighbor and friend, Zelma Hancock.

To send flowers to the family or plant a tree in memory of Mary Virginia “Ginger” Garrett, please visit our Heartfelt Sympathies Store.

There are no events scheduled. You can still show your support by sending flowers directly to the family, or planting a memorial tree in memory of Mary Virginia “Ginger” Garrett.
Visit the Heartfelt Sympathies Store

We encourage you to share your most beloved memories of Mary Virginia “Ginger” here, so that the family and other loved ones can always see it. You can upload cherished photographs, or share your favorite stories, and can even comment on those shared by others. 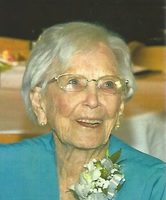