To share your memory on the wall of Marilyn Frazier Casey, sign in using one of the following options:

Provide comfort for the family of Marilyn Frazier Casey with a meaningful gesture of sympathy.

Funeral Services will be held at 2:00 p.m. Saturday, January 4, 2020 at the Stephenville Funeral Home Chapel. Interment will follow at East Memorial Cemetery in Stephenville. The family will receive friends beginning at noon before the service on Saturday.

Upon graduating from high school, Marilyn attended Tarleton State College, where her father had taught since 1924, earning an Associate of Science Degree (Class of 1956). She then moved to Austin, Texas where she attended The University of Texas, earning a Bachelor of Journalism Degree (Class of 1958). She was an active student while attending The University of Texas, writing for the Range Magazine and other undergraduate publications, and a member of the Alpha Phi sorority. While at the University she met and married Bernie L. Braun with whom she had three children. Following her husband, who was working at Boeing, to Seattle, Washington; Huntsville, Alabama and Coco Beach, Florida; she finally settled in Grand Prairie, TX. Marilyn initially worked as a teacher in Grand Prairie, and as a life-long learner, continued her education later in life by earning a Master of Education Degree at North Texas State University in Denton, Texas (Class of 1983).
She suffered a severe life-threatening stroke at the age of 39. This left her with a permanent loss of function in her left arm. The disability she suffered also ended her lifelong devotion and success as an accomplished pianist. She, nonetheless, bravely pursued and earned a very coveted Librarian Certificate and was able to continue work as a librarian for the remainder of her life. In her professional career, Marilyn taught Journalism and English for nearly two decades at Grand Prairie High School in Grand Prairie, Texas then became a school librarian, first at Kennedy Middle School in Grand Prairie and finally at Blanton Elementary in Dallas.
After retiring, Marilyn continued her passion for children and books by volunteering at her grandchildren’s schools for many years. She also brought and ate lunch with each of them at least once a week while they were in elementary school. In recent years she was an active member of the Summit Book Club in Grand Prairie, Texas. Marilyn loved her ever-growing family and long-time friends. She was always interested in and attentive to all of her children and grandchildren's interests and adventures. She especially enjoyed summer getaways with family and friends at the Frazier family cabin in Eldora, Colorado where she also held many fond summer memories as a teenager. Her quiet and patient demeanor was much beloved. Her loss will be deeply mourned by all her family and friends.

We encourage you to share your most beloved memories of Marilyn here, so that the family and other loved ones can always see it. You can upload cherished photographs, or share your favorite stories, and can even comment on those shared by others.

Joan Smith, Jodi, Jett & India Simons, and others have sent flowers to the family of Marilyn Adele Frazier Casey.
Show you care by sending flowers

Posted Jan 05, 2020 at 04:18pm
Marilyn was a very special lady. We were librarians together in DISD. She was always so upbeat and had a great sense of humor. I am so sad to hear of her passing. I know she will be sorely missed by all. I know I truly will!
Comment Share
Share via:
JM

Posted Jan 05, 2020 at 02:59pm
Marilyn and I shared many conversations as school librarians who worked for DISD in Pleasant Grove. She was a lovely person who will be missed by her family and friends. I was so sorry to hear of her death.
Judy Myers
Comment Share
Share via:
L

Posted Jan 05, 2020 at 12:26am
Ms. Casey leaves a legacy of excellence as a caring and knowledgeable librarian! Take your rest and enjoy heaven, Ms. Casey!💕
Comment Share
Share via:
JS

Posted Jan 03, 2020 at 07:00pm
I knew Marilyn a short time via Summit Book Club in Grand Prairie and enjoyed seeing her each month. Sorry for the family loss.
Eva Mae Green
Comment Share
Share via: 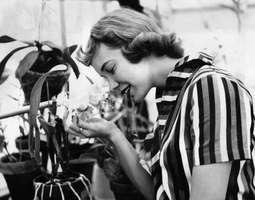