To share your memory on the wall of Lennis Summers, sign in using one of the following options:

Lennis was born on December 30, 1948 in Stephenville, Texas. He graduated from Stephenville High School in 1967 and attended Tarleton State.

Lennis was born on December 30, 1948 in Stephenville, Texas. He graduated from Stephenville High School in 1967 and attended Tarleton State.

Lennis was preceded in death by his parents, Lennis Summers, Sr. and Frances Summers.

Lennis is survived by his son William Summers, William’s wife Sarah, and granddaughters, Leland and Robin.

Early in his career, Lennis made mattresses at Summers Mattress Factory--the Summers’ family business. Later, Lennis worked in childcare and child education, and transitioned to a career in Information Technology. He was best-known as a highly respected musician and singer/songwriter, delighting audiences with blues, classic rock, and many fine original songs. Notable appearances included a Christmas Day performance on Fox 4 (KDFW) Good Day and numerous performances of children’s music on WFAA’s Mr. Peppermint.

Lennis is remembered for his friendliness, kindness, and gentleness, and is cited by many as being their mentor in music and in life.

Lennis will be greatly missed by his family, friends, and fans.

Lennis was laid to rest at West End Cemetery in Stephenville in a small family graveside service on Sunday, September 20. An online memorial service is being planned in the near future.
Read Less

To send flowers to the family or plant a tree in memory of Lennis Summers Jr., please visit our Heartfelt Sympathies Store.

Receive notifications about information and event scheduling for Lennis

We encourage you to share your most beloved memories of Lennis here, so that the family and other loved ones can always see it. You can upload cherished photographs, or share your favorite stories, and can even comment on those shared by others. 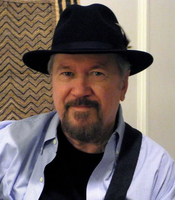