To share your memory on the wall of Kevin Norcross, sign in using one of the following options:

Survivors include his mother, Sharon Grizzard Norcross of Stephenville; daughter, Mindy and husband Chance Ensminger of Huckabay; son, Jeffrey Norcross of Huckabay; grandchildren, Emily and Caden Ensminger; his companion, Diana Lesley of Stephenville; sister, Kimberley and husband Bob Winfrey of Seminole; and his nephews and niece, Bryce, Alec, and Carlye Winfrey; and many many friends.

Kevin was preceded in death by his father, Carl Morris Norcross in 2000.

The Norcross family wishes expressions of sympathy be made in the form of donations to the Texas Pythian Home, 1825 E. Bankhead, Weatherford, Texas 76086, or any charity of the donor’s choice.

The Norcross family also ask that MASKS be worn for the visitation, and also for the funeral service for Kevin

To send flowers to the family or plant a tree in memory of Kevin Morris Norcross, please visit our Heartfelt Sympathies Store.

Receive notifications about information and event scheduling for Kevin

We encourage you to share your most beloved memories of Kevin here, so that the family and other loved ones can always see it. You can upload cherished photographs, or share your favorite stories, and can even comment on those shared by others.

Bobby and Natalie Moses and Wanda, Shelly & Kelly sent flowers to the family of Kevin Morris Norcross.
Show you care by sending flowers

Flowers were purchased for the family of Kevin Norcross. Send Flowers

Posted Aug 19, 2020 at 03:42pm
So very many memories, funny stories, adventures.
We were two peas in a pod every summer, growing up. It's hard to imagine not having you being in the world somewhere.
Comment Share
Share via:
BM

Posted Aug 19, 2020 at 11:17am
Our sincere condolences to the Norcross family. Kevin was my friend and I have good memories of him. He will be missed.
Kevin and Dawn Locke
Comment Share
Share via: 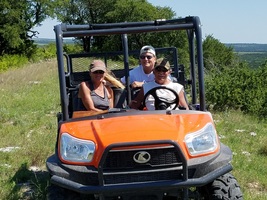