To share your memory on the wall of Joyce Thetford, sign in using one of the following options:

A Memorial Service will be held at 10:00 am Saturday, November 9, 2019 at the Stephenville Funeral Home Chapel with Shawn Bridges officiating. The family will rece... Read More
Joyce Pack Thetford, 64, of Dublin, passed away Monday, November 4, 2019.

A Memorial Service will be held at 10:00 am Saturday, November 9, 2019 at the Stephenville Funeral Home Chapel with Shawn Bridges officiating. The family will receive friends from 6:00 pm until 8:00 pm Friday at the funeral home.

Joyce was a kind, generous, funny soul who took great pride in her hometown of Stephenville, her beloved and extensive family, and her many cherished friendships. She was born on June 23, 1955 in Comanche to the late Albert Dean Pack and Annie Tischler Pack. She graduated from Stephenville High School and attended Tarleton State University where she was an accounting major and active member of the Owls Social Club. She later completed her degree at Phillips University in Enid, OK, and worked in accounting for FMC more than 25 years until her recent retirement.

Family was the most cherished part of Joyce’s life. She married the love of her life, Mack Thetford on January 10, 1975 in Stephenville and together they raised two sons. She was happiest when her home was filled with the bustle of her many loved ones: children running indoors and out, Mack and her boys cooking enough food for the entire neighborhood, loved ones gathered around a raucous card or domino game when it was cold outside, or lounging in the pool while catching up on each others’ lives during the warm months. Her family grew in number over the years as her children, nieces, and nephews grew up and started their own families. She warmly welcomed not only the newly-acquired in-laws into the fold, but their extended families as well, inviting them to family events, asking after them, and friending them on Facebook so she could share pictures and updates with them.

She was an avid sports fan who was as happy cheering on her children, nieces, nephews, and grandchildren in their athletic pursuits as she was cheering on her beloved Mavericks and Dallas Cowboys. She took no issue commandeering the television during those family gatherings when her teams were playing.

Perhaps her most cherished role was as Gma to her two beloved granddaughters. She spent countless hours with them including sleepovers at her house with copious amounts of candy and late bedtimes, family traditions of watching the annual 4th of July and Tarleton Homecoming parades with them by her side, handing out candy together to trick or treaters every Halloween, and many, many more special moments, big and small, too numerous to list.

She leaves behind a bevy of friends from her time as a member of the Owls in college, her many years as an FMC employee, her network of fellow Texas music fans, and her many connections in the Stephenville and Dublin communities.

To send flowers to the family or plant a tree in memory of Joyce Pack Thetford (Pack), please visit our Heartfelt Sympathies Store.

Receive notifications about information and event scheduling for Joyce

We encourage you to share your most beloved memories of Joyce here, so that the family and other loved ones can always see it. You can upload cherished photographs, or share your favorite stories, and can even comment on those shared by others.

The Roemischs, Ronnie, Joanna, Anna Teresa and And, Ron and Kristen Thigpen, and other have sent flowers to the family of Joyce Pack Thetford (Pack).
Show you care by sending flowers

The Roemischs, Ronnie, Joanna, Anna Teresa and And

The Roemischs, Ronnie, Joanna, Anna Teresa and And purchased flowers for the family of Joyce Thetford. Send Flowers

Posted Nov 08, 2019 at 03:16pm
Mack and Family, I am so very sorry for your loss. What a beautiful woman and legacy she has left. Sending all my love....Jennifer Pawley

Flowers were purchased for the family of Joyce Thetford. Send Flowers

Posted Nov 08, 2019 at 12:34pm
With prayers for the family and thanks for having had the chance to work with Joyce. What a truly wonderful person she was!

Medium Dish Garden was purchased for the family of Joyce Thetford. Send Flowers 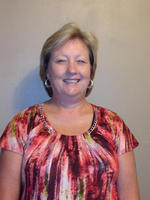