To share your memory on the wall of John Moser, sign in using one of the following options:

John was born on November 11, 1941 in Gorman, Texas to the late Ralph Moser and Geneva Lincoln Moser. He received his Bachelor of Science from Tarleton State University in 1964. John then entered into the U.S. armed forces serving in the United States Army for 26 years including service during the Vietnam conflict. He earned many distinguished medals, including the Purple Heart, the Soldier’s Medal, Legion of Merit, Bronze Star, and the Meritorious Service Medal. He then climbed through the ranks to retire honorably as a Lieutenant Colonel. John not only served his country admirably; he served his community as Mayor for three terms from 1998 to 2004. John was a Ham radio enthusiast, one of the “Original 17” members of Leadership Stephenville, a benefactor member of the National Rifle Association, the American Legion, Disabled Veterans of America, Veterans of Foreign War, and was a member of the First United Methodist Church. John married Barbara Huffman on February 10, 1996 in Stephenville.

To send flowers to the family or plant a tree in memory of John Moser, please visit our Heartfelt Sympathies Store.

Receive notifications about information and event scheduling for John

We encourage you to share your most beloved memories of John here, so that the family and other loved ones can always see it. You can upload cherished photographs, or share your favorite stories, and can even comment on those shared by others.

Edward Isenberg and Love Stacy and Bill sent flowers to the family of John Moser.
Show you care by sending flowers

Posted Jun 24, 2020 at 09:38am
Rest in peace, brave soldier. John was a good friend in high school and in the military. He was a selfless and great person who will be missed by everyone who knew him.
Comment Share
Share via:
PV

Posted Jun 22, 2020 at 10:53pm
To a most honorable man we had the privilege to meet and call our friend, and who taught us so much about the Texas that he loved- we will miss you.

3 trees were planted in the memory of John Moser

Posted Jun 22, 2020 at 03:02pm
John and I shared in the membership of Leadership Stephenville, attending the first class to inaugurate the tradition. I enjoyed his counsel during my time in Stephenville and offer my sincere condolences to Barbara and the family. Dave Shepherd
Comment Share
Share via:
RE

Posted Jun 21, 2020 at 10:07am
On behalf of Turnbow-Higgs The American Legion Post 240 I express condolences to the family and friends of John Moser. John was a twenty-three year continuous service member of Post 240 and for several years served on the Post 240 Honor Guard. He earned his American Legion membership via service in the United States Army serving during the Vietnam war era. The Commander of all creation has called our comrade Legionnaire to Post Everlasting where I'm certain many of his Vietnam soldier comrades have greeted him with his final "WELCOME HOME". R.I.P Soldier and Job well done! - Post Adjutant Roger Easter
Comment Share
Share via:
EI 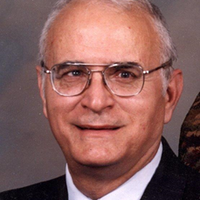