To share your memory on the wall of Jerry Martin, sign in using one of the following options:

Provide comfort for the family of Jerry Martin with a meaningful gesture of sympathy.

Funeral services will be held at 2:00 PM Saturday, November 9th at First Baptist Church in Stephenville with Joe Smith, Billy Wilson, and Nic Burleson officiating. Burial will follow at Erath Gardens of Memory Cemetery. Visitation will be Saturday morning 11:00 AM till Noon, and from 1:00 PM until the 2:00 PM service time at First Baptist Church. Services for Jerry are under direction of Stephenville Funeral Home.

Jerry was born on April 29, 1938 in Stephenville to the late L. L. ‘Blackie’ and Johnnie Mae Thomas Martin. Jerry married Jo Nell Van Cleave on June 1, 1957 in El Paso. Jo preceded him in death on July 28, 1988. Jerry married Nadean Mings on November 4, 1989 in Stephenville. Jerry served the Lord in the local churches he attended, and served the First Baptist Church as a Deacon. He was a founding member of Town and Country (Interbank), held a prison ministry, and conducted a local drug rehab Bible study. Jerry served as commissioner of Precinct 1 in Erath County from 1996 until 2008. He was a hog farmer, rancher, fishing guide, and a lifelong resident of Erath County.

Besides his parents, and wife, Jo; Jerry was also preceded in death by a brother, Monte Martin.

The Martin family wishes expressions of sympathy be made in the form of donations to the building fund at Timber Ridge Church.
Read Less

We encourage you to share your most beloved memories of Jerry here, so that the family and other loved ones can always see it. You can upload cherished photographs, or share your favorite stories, and can even comment on those shared by others.

Susan & Kyle, Rush, Jackson, Shelby and Cedar and Robert Gill have sent flowers to the family of Jerry Martin.
Show you care by sending flowers

Posted Nov 09, 2019 at 11:18pm
Jerry Martin was a good neighbor. The Huston family have known him for years. You will be miss but not forgotten.

Posted Nov 09, 2019 at 02:28pm
Jerry was such a good man of God, he never judged my past or struggles, only always encouraged me and told me to PRAY PRAY PRAY...he gave my girls the family pet sheep Charlie but warned...he thinks he's a dog...don't let him hurt you. He helped my girls kill their first water moccasin. We never got that fishing trip done...catch a big one for us all Jerry. We will miss u. God Bless his family and be with them. Amy, Haiden, & Amelia Sullivent Posted Nov 08, 2019 at 06:43pm
Remembering his wonderful and gentle soul will forever remain in our hearts. May he rest in peace!
Tony & Carmen Worgull 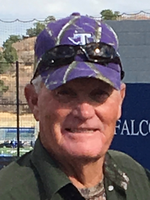 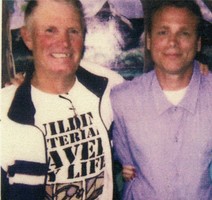 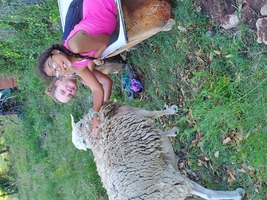