To share your memory on the wall of Jerry Littlefield, sign in using one of the following options:

Jerry Littlefield left this world to be with his heavenly family July the 4th at 12:30am. Arrangements will be made at a later date for a memorial service.

Jerry Littlefield left this world to be with his heavenly family July the 4th at 12:30am. Arrangements will be made at a later date for a memorial service.

Jerry was born in Brownfield July 29, 1945 to Clayton and Opal Littlefield. He lived there until he was drafted into the Army in 1967. In the army he completed training as a paratrooper, a communication expert and served in the honor guard for service men who died in Vietnam.
After his time in the army he returned to Brownfield where he worked for Halliburton. He married Julie Buford in 1971 and they moved to Midland in 1978. In Midland Jerry worked for an independent oil and gas company, Sage Energy. In 1982 he bought land in Erath County and moved to the farm in 1985, there he raised calves and took great pride in his animals and in his land. Jerry loved the farm, he loved the oil field, he loved work, he stated many times, if you lay down when you feel bad you will never get up. He loved people. He was a member of the American Legion and there he also had the privilege of serving with the honor guard.
Jerrys health began to fail after surgery in 2014. A decline in his memory eventuality lead to confinement in a nursing home.

He spoke often of his mother, told stories of his brothers Bruce, Keith and Dennis, he never lost his grin and on good days he joked and seemed to enjoy himself. He was a good man, a happy man. He loved children; he would have made a great Dad.

Jerry was preceded in death by his parents Clayton and Opal Littlefield, two brothers Keith and Dennis, and several Aunts and Uncles.

To send flowers to the family or plant a tree in memory of Jerry Littlefield, please visit our Heartfelt Sympathies Store.

Receive notifications about information and event scheduling for Jerry

There are no events scheduled. You can still show your support by sending flowers directly to the family, or planting a memorial tree in memory of Jerry Littlefield.
Visit the Heartfelt Sympathies Store

We encourage you to share your most beloved memories of Jerry here, so that the family and other loved ones can always see it. You can upload cherished photographs, or share your favorite stories, and can even comment on those shared by others.

Mike and Mary Brock sent flowers to the family of Jerry Littlefield.
Show you care by sending flowers

Posted Jul 11, 2020 at 10:40am
We are thinking of you during this difficult time. We are keeping you in our hearts. Love

Mike and Mary Brock purchased flowers and planted a memorial tree for the family of Jerry Littlefield. Send Flowers 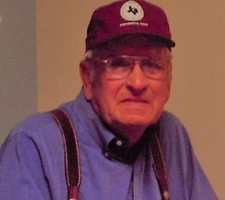