To share your memory on the wall of Helen Hampton, sign in using one of the following options:

Helen was born on September 5, 1926 in Lingleville to the late George Harold and Leah Leatherwood Parks. She married Johnnie Hampton on December 1, 1945 in Stephenville. Johnnie preceded her in death on July 6, 1992. Helen was a member of the Graham Street Church of Christ, and a life long resident of Erath County. She managed Parkville Manufacturing Company over 18 years, and went to work at Erath County Dairy Sales, and was there until she retired at the age of 92. She was the Matriarch of the Hampton family, and as her family described her, by saying, the world was a better place because Helen was here.

Online condolences may be made a www.stephenvillefh.com.
Read Less

To send flowers to the family or plant a tree in memory of Helen Hampton, please visit our Heartfelt Sympathies Store.

Receive notifications about information and event scheduling for Helen

We encourage you to share your most beloved memories of Helen here, so that the family and other loved ones can always see it. You can upload cherished photographs, or share your favorite stories, and can even comment on those shared by others.

Todd, Shellie, Ashley & Maddy Goforth, Fast Back Ropes, and other have sent flowers to the family of Helen Hampton.
Show you care by sending flowers

Fast Back Ropes purchased flowers for the family of Helen Hampton. Send Flowers

Flowers were purchased and a memorial tree planted for the family of Helen Hampton. Send Flowers

Jerry and Mindy Lefevre purchased flowers and planted a memorial tree for the family of Helen Hampton. Send Flowers

Posted Oct 18, 2020 at 11:32am
My aunt Helen. You always made me feel part of the family and I have special memories of you. Rest peaceful beautiful soul. I Love you. Pam 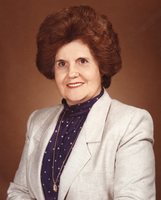