To share your memory on the wall of Garvey Hess, sign in using one of the following options:

Funeral services will be held at 10:00 am Saturday, September 26, 2020 at the Stephenville Funeral Home Chapel with Darrell Wallace officiating. Interment will follow at the West End Cemetery. The family will receive friends from 6:00 pm until 8:00 pm Friday at the funeral home.

Garvey was born on November 27, 1942 in Archie, Missouri to the late Joseph and Dorothy George Hess. As a youth, he was a farmer, active in the Boy Scouts of America and graduated from Archie High School. He and his four brothers attained the rank of Eagle Scout. He proudly served in the United States Army. He married Janice Pulliam on September 3, 1965 in Harrisonville, MO and together they raised two children, Robbie and Sherry. He worked in several professions, including construction and driving a truck, prior to purchasing the Tex-Hess Three Way Store. Garvey had resided in Stephenville for 32 years and was a member of Selden Baptist Church. He loved traveling and spending time in Colorado in the summer and the Rio Grande Valley in the winter. He volunteered many years at the Rio Grande Valley Livestock Show. He loved fishing, nature and being outside.

To send flowers to the family or plant a tree in memory of Garvey Richard Hess, please visit our Heartfelt Sympathies Store.

Receive notifications about information and event scheduling for Garvey

We encourage you to share your most beloved memories of Garvey here, so that the family and other loved ones can always see it. You can upload cherished photographs, or share your favorite stories, and can even comment on those shared by others.

Dean & Lois Knibb, Rodgers & Fitzpatrick families, Chris, Stacie, Kendyl and Danny Croft, and other have sent flowers to the family of Garvey Richard Hess.
Show you care by sending flowers

Posted Sep 24, 2020 at 04:07pm
We love you so much Uncle Garvey, you were a man who had all the fruits of the spirit: kindness, gentleness, patience, peace, love, joy, self control!

The Pulliams purchased flowers and planted a memorial tree for the family of Garvey Hess. Send Flowers 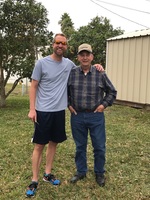 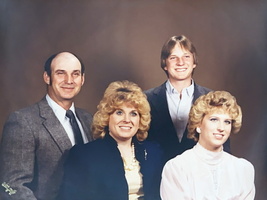 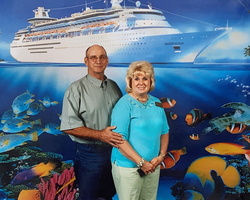