To share your memory on the wall of E. A. Merrill, sign in using one of the following options:

Provide comfort for the family by sending flowers or planting a tree in memory of E. A. Merrill

E. A. was born on July 11, 1940, in Mont Belvieu, Texas to the late Archie Enoch and Aline Aletha Brown Merrill. He married Clara Ellen Wilkinson on September 8, 1962 in Kountze, Texas. Clara preceded him in death on October 21, 2008. E. A. was a member of Elm Grove Assembly of God. He was a member of the Stephenville Bass Club, he loved the outdoors, and spent much of his past time fishing. E. A. was in the construction business as an insulator and a member of the Union Local 21. He lived in Stephenville since 1981.

Besides his parents, and wife, Clara; he is also preceded in death by two brothers, Clayton and James Edward Merrill; and a sister, Rita Mae Merrill.

The Merrill family wish expressions of sympathy be made to Relay for Life or the Pulmonary Fibrosis Foundation via his memorial fundraiser https://app.mobilecause.com/vf/PFFTribute/EAMerrill
Read Less

To send flowers to the family or plant a tree in memory of E. A. Merrill, please visit our Heartfelt Sympathies Store.

We encourage you to share your most beloved memories of E. A. here, so that the family and other loved ones can always see it. You can upload cherished photographs, or share your favorite stories, and can even comment on those shared by others.

John Adami and The Officers, Members and Staff of Local 21 have sent flowers to the family of E. A. Merrill.
Show you care by sending flowers

Medium Dish Garden was purchased for the family of E. A. Merrill. Send Flowers

Posted Jul 17, 2019 at 09:22am
Our thoughts and prayers are with you and your family during this time. With deepest sympathy, Trane

Flowers were purchased for the family of E. A. Merrill. Send Flowers

Posted Jul 17, 2019 at 12:41am
I am so sorry for your loss and I wish I could be there with you. I will always cherish the memory of that last fishing trip.

John Adami purchased the Sentiments of Serenity Spray for the family of E. A. Merrill. Send Flowers

The Officers, Members and Staff of Local 21

The Officers, Members and Staff of Local 21 purchased flowers for the family of E. A. Merrill. Send Flowers 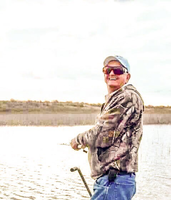