To share your memory on the wall of David 'Dave' Dickerson, sign in using one of the following options:

Provide comfort for the family of David 'Dave' Dickerson with a meaningful gesture of sympathy.

Funeral services will be held at 2:00 PM Saturday, June 29th at the First United Methodist Church with Howard Martin officiating. Burial will follow at West End Cemetery. Visitation will be 6:00 PM to 8:00 PM Friday at Stephenville Funeral Home.

Dave was born on August 31, 1946 in Stephenville to the late Ernest and Bonnie Biggs Dickerson. He married Sherry Whan on April 22, 1977 in Rock Island, Illinois. He graduated from Stephenville High School in 1964, and went on to Tarleton State University, graduating in 1969 with his Bachelor’s degree in Business. While at Tarleton, David was in the Corps of Cadets serving in the Wainwright Rifle Corp. Dave joined the U. S. Army, he served in the EOD over 8 years. He was very proud of his EOD unit and being part of the bomb squad. He spent 2 ½ years in England and 8 years in Germany, and for several years in Rock Island, Illinois as a government contractor. He was a Lieutenant Colonel when he completed his service. Dave was active in the Stephenville Rotary Club, Knights of Pythias, Turnbow-Higgs American Legion Post 240, a proud sponsor of the TSU Rifle Team as well as the TSU alumni association. He opened the Pizza Place in 1983 and had it for more than 30 years. He owned Dickerson Real Estate and sold ranches and commercial properties which was his passion. He was a longtime member of the First United Methodist Church in Stephenville.

He was a loving husband to Sherry for 42 years. They traveled all over the world and had a wonderful life full of adventure, love and memories. He was a proud father to Andrea. He tended to brag a little too much about her and her profession. Andrea and Dave loved going on adventures in Crested Butte, Colorado, especially in his Jeep. His pride and joy was his grandson Harmon who loved him very much! He probably has more guns than any 6 year old in the world hence the name of “Gunpa” as Harmon calls him.

He loved his Real Estate business and the people he worked with. Despite his down to earth nature, southern drawl and Dave’s own dictionary he was a brilliant negotiator and excellent at what he did. He was adventurous and fun! In his younger days he road motorcycles and skied in Austria and all over Europe. He was an avid hunter and lover of the great outdoors. He loved to shoot his firearms, spent many hunting trips in Gunnison, Colorado and Illinois with his brother, brother in law, cousins and friends. He loved to buy hunting gear and gadgets and if you had stock in Cabella’s you may consider selling it. They just lost a lot of business. He could regularly be seen at Peacock’s or Jake and Dorothy’s and he would eat breakfast for every meal if he had his choice.

He was a second dad to so many people. His employees from his days of running the Pizza Place and yogurt shop and to Andrea’s friends he was affectionately known as “Daddy Dave”. He didn’t know a stranger and was a big supporter of the community.

He was always ready to go, anytime, anywhere. He had an infectious smile and greeted everyone with kindness and love. He was extremely loyal and would do anything for his friends and family. Dave believed life was short and you should live it to the fullest and he did that every second. More than anything he loved to laugh and spend time with family, so if you haven’t done that in a while please don’t wait!

In Lieu of Flowers Donations can be made to the following:

We encourage you to share your most beloved memories of David 'Dave' here, so that the family and other loved ones can always see it. You can upload cherished photographs, or share your favorite stories, and can even comment on those shared by others.

Craig Fox, DFW Airport Police, and others have sent flowers to the family of David 'Dave' Dickerson.
Show you care by sending flowers

Posted Jun 29, 2019 at 04:14pm
David was married to my best friend Sherry. I was honored to be the Matron of Honor in their wedding, and my husband and I are Andrea's godparents. David was a wonderful man, husband, father, grandfather and friend. We will miss you so much dear friend.
Comment Share
Share via:
MW

Posted Jun 29, 2019 at 09:50am
My heart goes out to the family of such a wonderful, warm and caring person. Michael Watkins
Comment Share
Share via:
CF

Flowers were purchased for the family of David 'Dave' Dickerson. Send Flowers 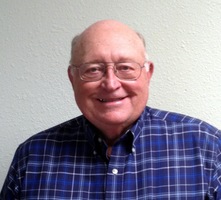