To share your memory on the wall of Charlie Nell Aikin, sign in using one of the following options:

Provide comfort for the family of Charlie Nell Aikin with a meaningful gesture of sympathy.

Graveside services will be held at 2:00 PM Saturday, September 21, 2019 at Mt. Pisgah Cemetery at Patillo, TX, with Richard Byrd and Doug Montgomery officiating. Services are under direction of Stephenville Funeral Home

Charlie was born on September 23, 1926 in Gulf Port, Mississippi, to the late Thomas and Roma Roberts McNair. She married Sydney Earl Aikin on January 2, 1943 in Long Beach, Mississippi. Sydney preceded her in death on February 8, 2009. Charlie was a member of the Baptist faith, and was a homemaker. She lived in Mineral Wells from 1952 until 1984 when she moved to Anderson, TX, and lived there until she moved to Stephenville in July 2019.

Besides her parents and husband Sydney, Charlie is also preceded in death by a son, Doug, and two grandsons, Matthew and Derek Aikin.
Read Less

We encourage you to share your most beloved memories of Charlie Nell here, so that the family and other loved ones can always see it. You can upload cherished photographs, or share your favorite stories, and can even comment on those shared by others.

Posted Sep 18, 2019 at 02:42pm
Wishing you peace to bring comfort, courage to face the days ahead and loving memories to forever hold in your hearts.

Flowers were purchased for the family of Charlie Nell Aikin. Send Flowers 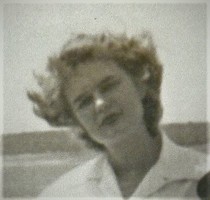