To share your memory on the wall of Belva Fair, sign in using one of the following options:

Funeral Services will be held at 10:00 am Tuesday, February 18, 2020 at the Stephenville Funeral Home Chapel. Interment will follow at Indian Creek Cemetery. The family will receive friends Monday, February 17, 2020 at the funeral home.

She was preceded in death by parents, Jesse Clark and Delma Currier Pendleton; sisters, Barbara Zea, and Nelda Lehy; and a brother, Jerry Pendleton.

Memorials may be made to the Gideons International P.O. Box 76, Stephenville, Texas 76401.
Read Less

To send flowers to the family or plant a tree in memory of Belva June Fair (Pendleton), please visit our Heartfelt Sympathies Store.

Receive notifications about information and event scheduling for Belva

We encourage you to share your most beloved memories of Belva here, so that the family and other loved ones can always see it. You can upload cherished photographs, or share your favorite stories, and can even comment on those shared by others.

MAGNUS and Carol sent flowers to the family of Belva June Fair (Pendleton).
Show you care by sending flowers

Posted Feb 16, 2020 at 12:27pm
Wishing you peace to bring comfort, courage to face the days ahead and loving memories to forever hold in your hearts.we will miss me-ma very much.

MAGNUS and Carol purchased the Peaceful White Lilies Basket and planted a memorial tree for the family of Belva Fair. Send Flowers

Posted Feb 15, 2020 at 07:01pm
For a wonderful me-ma who will always be remembered in our hearts. Sincerest and heartfelt condolences to our family. You will be missed. Love you me-ma.
Comment Share
Share via: 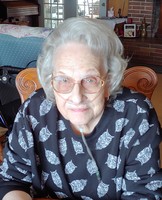